On Tuesday, Apple (AAPL) sent out invitations for an October 13 event named “Hi, Speed,” keeping the happening’s content under wraps. However, it is not hard to deduce from its name that Apple is alluding to the performance expected from its flagship product – the next gen iPhone 12, Apple’s […]

On Tuesday, Apple (AAPL) sent out invitations for an October 13 event named “Hi, Speed,” keeping the happening’s content under wraps. However, it is not hard to deduce from its name that Apple is alluding to the performance expected from its flagship product – the next gen iPhone 12, Apple’s first handset to boast 5G capabilities –  and will therefore announce the product’s launch at the event.

Reading between the lines, Deutsche Bank analyst Jeriel Ong arrives at the same conclusion. Although the analyst adds it “remains somewhat speculative when exactly iPhones will be available for sale after this event,” going by past announcements Ong assumes “a 10-day rule is appropriate.” This suggests the coveted product could hit the shelves on the weekend of 10/23-10/25 which will provide roughly 10 weeks of iPhone sales for the December quarter.

The tech giant usually reserves its new iPhone launch for September, however, due to the pandemic’s disruption of supply chains, this year’s event has been pushed back.

“Since the pandemic began, AAPL has elected not to provide guidance, and we wonder whether they will continue to omit quarterly guidance as a result of the delayed iPhone launch and the subsequent lack of visibility they have in forecasting,” Ong further added.

By now, investors and the wider tech community know more or less what to expect from the launch; Two “iPhone 12” and two “iPhone 12 Pro” models, should be unveiled. Ong expects screen sizes will include a 5.4″ model, claiming the smaller offering “could be popular given AAPL’s propensity to gravitate towards higher screen sizes in recent years and eschew smaller form factors.”

Overall, Ong sticks to his Buy rating on AAPL alongside a $140 price target. Investors could be pocketing a 24% gain should Ong’s thesis play out in the year ahead. (To watch Ong’s track record, click here)

Most of Ong’s colleagues retain a bullish stance. Based on 24 Buys, 8 Holds and 3 Sells, the stock has a Moderate Buy consensus rating. However, going by the $122.06 average price target, the Street anticipates a modest upside of 6% from current levels. (See Apple stock analysis on TipRanks)

Disclaimer: The opinions expressed in this article are solely those of the featured analyst. The content is intended to be used for informational purposes only. It is very important to do your own analysis before making any investment.

Thu Oct 8 , 2020
Frank Ikpefan, Abuja     THE Federal Government  has launched a National Policy to reposition technical and vocational education. The government said science and technology education would drive national growth and development. Education Minister Malam Adamu Adamu noted that the absence of a roadmap for science and technical education had […] 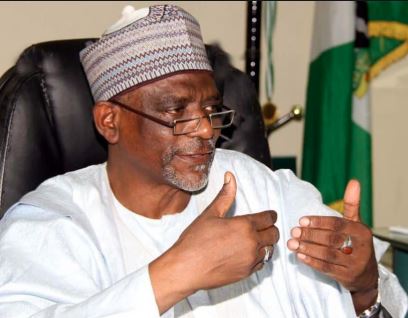