Did the early humans really have a more harmonious relationship with the environment? A new study found that human arrival in the Bahamian islands actually led to the loss and displacement of several bird species.

Humanity today is facing an extinction crisis, which many believe is caused by human actions quite unlike the previous mass extinctions that were caused by natural events. These actions include overfishing, deforestation, pollution and the burning of fossil fuels.

Does this necessarily mean those earlier humans without the tools for massive deforestation and harnessing fossil fuels were more harmonized with the environment? According to a new study, maybe not.

In a new study published in the Proceedings of the National Academy of Sciences (PNAS), a pair of researchers studied over 7,600 fossils from 32 sites on 15 islands in the Bahamian Archipelago, logging a total of 137 species of migrant and resident birds. They found evidence that human arrival in the Bahamas some 1,000 years ago contributed to the displacement or even extinction of several bird species.

For instance, many bird species in the islands were still present about 900 years ago and possibly coexisted with humans for some time. But some of them eventually disappeared while others, such as the Abaco parrot, were kept to just one or two islands even when there are other islands in the area with similar environments, a University of California-Riverside (UC Riverside) news release said.

“We wondered why those parrots aren’t found in the middle islands,” study co-lead Janet Franklin of the UC Riverside said in the news release. “It turns out, they were, not that long ago.”

Based on the fossil data, the Abaco parrots were actually present on all the islands until 1,000 years ago, around the time when the humans arrived.

“Across the Bahamian Archipelago, at least 30 species and 62 populations of landbirds were lost during the dramatic climatic and environmental changes of the Pleistocene-to-Holocene transition,” the researchers wrote, noting human impact as the “most likely culprit” for the latest Holocene losses in Bahamian birds.

Rising sea level and storm severity could have also played a role but it’s possible, researchers say, that predatory birds competed with the humans for food while the fruit-eating birds could have been hunted for food.

“The species here are the ones that survived,” Franklin said in the UC Riverside news release. “They might be more adaptable than other birds, and less dependent on a niche or habitat that’s strongly affected by human activity. But they are still vulnerable and worth conserving.”

Today, the bird communities in the Bahamian islands are rather fragmented and unfortunately still face an “uncertain future” despite having survived for many years. In more recent years, threats to the bird communities include severe hurricanes and more direct human impacts such as the building of infrastructure on their habitats. And with more and more people in the archipelago, the human impact continues to increase while non-native species are also being introduced.

Although the researchers note that it is “difficult to be optimistic” about the future of these birds, there are measures being taken to protect them.

“To end on a positive note, however, a solid system of national parks and nature reserves exists in the Bahamian Archipelago, thereby enhancing the overall resiliency to habitat loss,” the researchers wrote. “Furthermore, the populations of birds that still exist on Bahamian islands have a 1,000-y tradition of surviving alongside people. We wish them luck.” 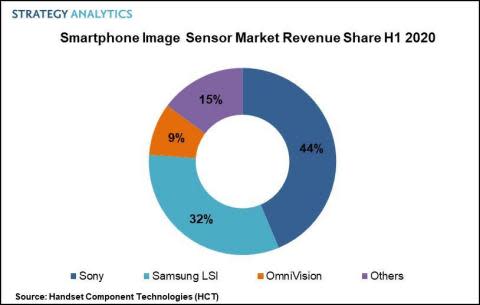