Multi-trophic aquaculture: A feasible option for the future of aquaculture

A group of European experts has been working for more than three years on the definition of integrated multi-trophic aquaculture and the appropriate framework for its development, the validation of technology and production processes specific to this type of aquaculture, the study of its environmental impact, and the strengthening of collaboration networks between the scientific community, business and government. All of this is done with the aim of putting to good use all the knowledge acquired and making this innovative sustainable aquaculture solution a reality in Europe.

Co-cultivating aquatic species from different trophic levels, such as fish, algae or filter feeders, generates balanced systems that contribute significantly to the environmental and socio-economic efficiency of this industry. This is the objective of Integrated Multi-Trophic Aquaculture (IMTA), a circular economy approach whose principles promote more sustainable and competitive activities.

Although this type of aquaculture is being promoted by the main policies of the European Union, there are still many social, administrative and legal limits that do not allow the full development of these production systems. For this reason, a group of European experts has been working for more than three years to strengthen the collaboration networks between the scientific community, the industry, and public administration, in order to make the most of all the knowledge acquired and turn this innovative sustainable aquaculture solution into a reality in Europe.

Together these experts form the consortium of the European INTEGRATE project “Integrate Aquaculture: an eco-innovative solution for sustainability in the Atlantic Region”, led by CTAQUA, which concludes with the publication of a document summarising the work carried out during its implementation across the five European Atlantic Area countries. Together with CTAQUA (Spain), the partners of the INTEGRATE project are the research institute Agrocampus Ouest (France), the Scottish Association for Marine Science (SAMS, United Kingdom), the Portuguese Institute of the Sea and the Atmosphere (IPMA, Portugal), the National University of Ireland Galway (NUIG, Ireland), the Irish Seaweed Consultancy (ISC, Ireland), ALGAplus (Portugal), and the Algae Technology and Innovation Centre (CEVA, France).

In this document, INTEGRATE presents the definition of a framework for the appropriate development of Integrated Multi-Trophic Aquaculture, as well as the need for a global definition of IMTA, the pilot actions carried out in the different Atlantic Area countries, the environmental impact of this type of aquaculture, the communication actions, and finalises with the main results and conclusions of the project.

“Among the main conclusions of INTEGRATE, the consensus reached of a definition of IMTA for all systems, whether continental, marine, open sea, on land, or recirculation, stands out. This will allow progress towards the legal recognition of the activity, which is relevant for the industry and the political decision makers of the Atlantic Area”, explains María del Mar Agraso, technical director of CTAQUA. In this sense, INTEGRATE concludes that Integrated Multi-Trophic Aquaculture (IMTA) is the enhanced production of aquatic organisms (with or without terrestrial organisms) of two or more functional groups, that are trophically connected by demonstrated nutrient flows and whose biomass is fully or partially removed by harvesting to facilitate ecological balance.

This work has been reflected in technical manuals and implementation guides applicable to aquaculture production in each of the Atlantic Area countries, as well as in political guidelines at national level to consolidate development at European level and support the transition of current aquaculture production towards IMTA.

Furthermore, in order to validate the technology and production processes specific to Atlantic Area IMTA, eight case studies have been carried out within the framework of INTEGRATE, divided into three pilot actions implemented in Spain, France, Portugal and Ireland. “With these actions we have demonstrated that IMTA is a feasible option for the future of aquaculture in the Atlantic Area, using species with high productive potential and commercial value”, says Martha Dunbar, responsible for INTEGRATE at CTAQUA.

In the first pilot action, work has been carried out to optimise the economic value of seaweed in IMTA systems by improving the culture techniques of 4 species, of which Himanthalia elongata is new to aquaculture. In the second action, the “problem” faced by oyster producers was capitalised on by filling their culture pouches with Porphyra algae. The management of Porphyra resources in an integrated oyster culture system was analysed and wild harvesting and production in a hatchery was studied, in order to provide oyster farmers with a culture technique that offers new economic perspectives, new inputs for the seaweed industry and new breeding techniques.

The third action was aimed at enhancing the value of salt mines in southern Spain and Portugal by taking advantage of their nutrient-rich waters. The work carried out in this pilot action with sea bream (Sparus aurata), oysters (Magallana gigas) and seaweed (Ulva spp. and Gracilaria spp.) allowed further development of a standard land-based IMTA model, in order to bring it to an industrial scale. Land-based production systems are ideal candidates for IMTA development due to the possibility of managing water distribution and use.

At the same time, “we have studied the environmental impact of this type of system through life cycle assessments,” says Martha Dunbar. “It has been shown that IMTA cultivation in semi-extensive production systems, usually carried out in the southern Atlantic regions of Europe (southern Spain and Portugal), has a lower overall environmental impact compared to semi-intensive IMTA and semi-intensive fish monoculture; it is economically profitable especially in large protected areas,” she adds.

All the issues studied in the project demonstrate that IMTA is a feasible option for the future of Atlantic Area aquaculture, and that there is growing interest of the aquaculture industry in product diversification, and environmental awareness among consumers and regulatory bodies.

The collaboration of all those involved in the aquaculture sector of the Atlantic Area has been a determining factor in the successful completion of this project, and has made it possible to obtain a production model that reflects the commitment of the sector to planning aquaculture in a sustainable manner.

“INTEGRATE has further strengthened the international IMTA community, through the development of an online community and the organization of events that are planned to be maintained to harmonize approaches and ensure the future implementation of this productive activity at European scale, betting on sustainability”, concludes María del Mar Agraso.

The INTEGRATE consortium considers that it would be necessary to work, in the near future, on the evaluation of the application of these models in different locations, with different combinations of species; extending the systems evaluated and quantifying the productive, economic and environmental value. It is also necessary to develop a technical standard applicable to the European Atlantic Area and to develop a global regulatory framework.

AI researchers challenge a robot to ride a skateboard in simulation

Tue Oct 6 , 2020
AI researchers say they’ve created a framework for controlling four-legged robots that promises better energy efficiency and adaptability than more traditional model-based gait control of robotic legs. To demonstrate the robust nature of the framework that adjusts to conditions in real time, AI researchers made the system slip on frictionless […] 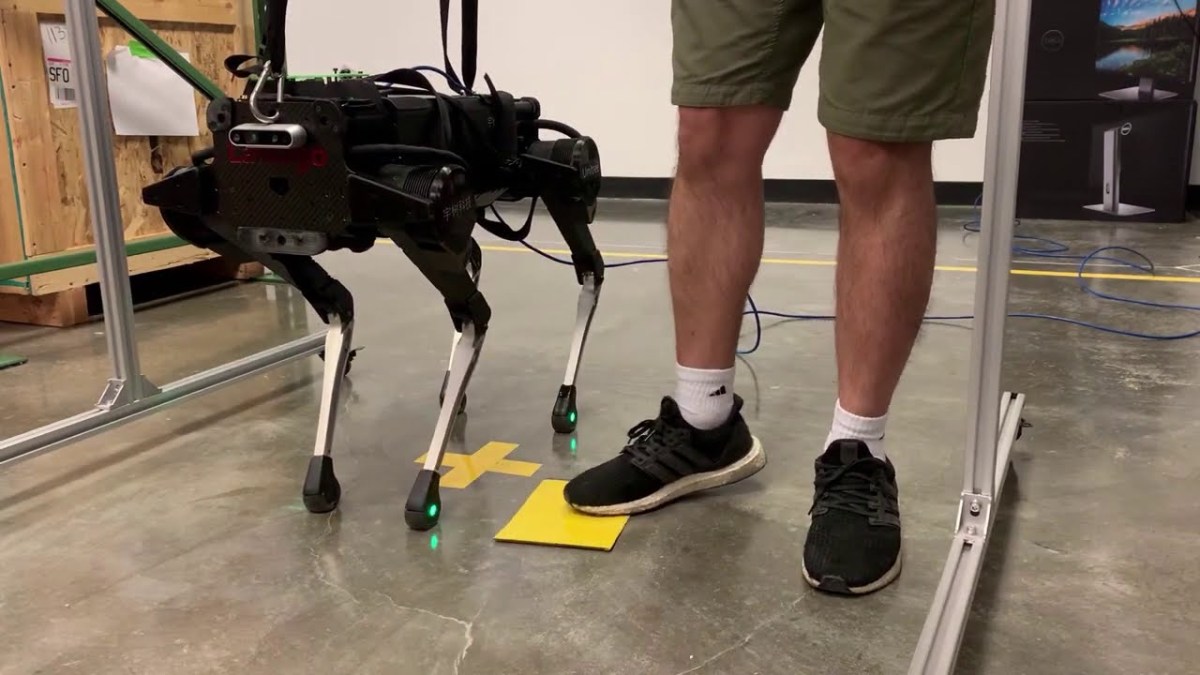