The Army is developing high-tech augmented reality goggles for dogs that eventually could allow handlers to give them directions from afar, the service said.

Military working dogs are directed via hand signals, speaking or laser pointers, which require the handler to remain close by. That can potentially endanger soldiers on missions that involve finding explosives and hazardous materials, or assisting in rescue operations, the Army statement said Tuesday.

The goggles developed by the Army and the Seattle-based company Command Sight show dogs where to go using a simulated laser pointer.

Initial feedback indicates “the system could fundamentally change how military canines are deployed in the future,” said A.J. Peper, the founder of Command Sight, as quoted in the Army’s statement.

Peper founded his company in 2017 and built his first prototype augmented reality glasses for military working dogs after conversations with current and retired handlers.

Much of the research has been conducted on his own rottweiler, named Mater, the statement said.

The goggles have a lightweight camera, which sends everything Mater is seeing to a laptop. The handler can click on a spot where Mater should go, and the simulated laser point appears to the dog.

The technology allows handlers to be very specific while directing their dogs and opens up new possibilities for research, said Stephen Lee, a senior scientist at the Army Research Office, which managed the project.

“The research demonstrates that a dog can recognize things in an augmented reality world,” Lee said in a phone interview Tuesday.

The prototype is wired and keeps the dog on a leash, but the next step is making a wireless version that would allow the soldier to direct a dog via a handheld device, while staying far away and out of sight.

The project was funded by the Small Business Innovation Research program, and additional money will come through the Pentagon’s Rapid Reaction Technology Office to fund the next phase of development.

This includes working with Navy special operations over the next two years to build prototypes for their military working dogs.

“This technology really cuts new ground and opens up possibilities that we haven’t considered yet,” Lee said in a statement.

A test dog wears augmented reality goggles developed by the U.S. Army and the Seattle-based Command Sight. The technology could allow military dog handlers to direct their dogs remotely by giving them directions through prompts within the goggles.
COMMAND SIGHT, INC.

Nuraphone Takes Aime At Gamers With Its New Gaming Bundle

Wed Oct 7 , 2020
Nuraphone are headphones that can be personalized to a person’s individual hearing. Now it can be … [+] bought with a gamin microphone to make the ultimate personal headset. Nura If you own a pair of Nuraphone headphones – and you really should – you’ll be pleased to know that the world’s first personalized […] 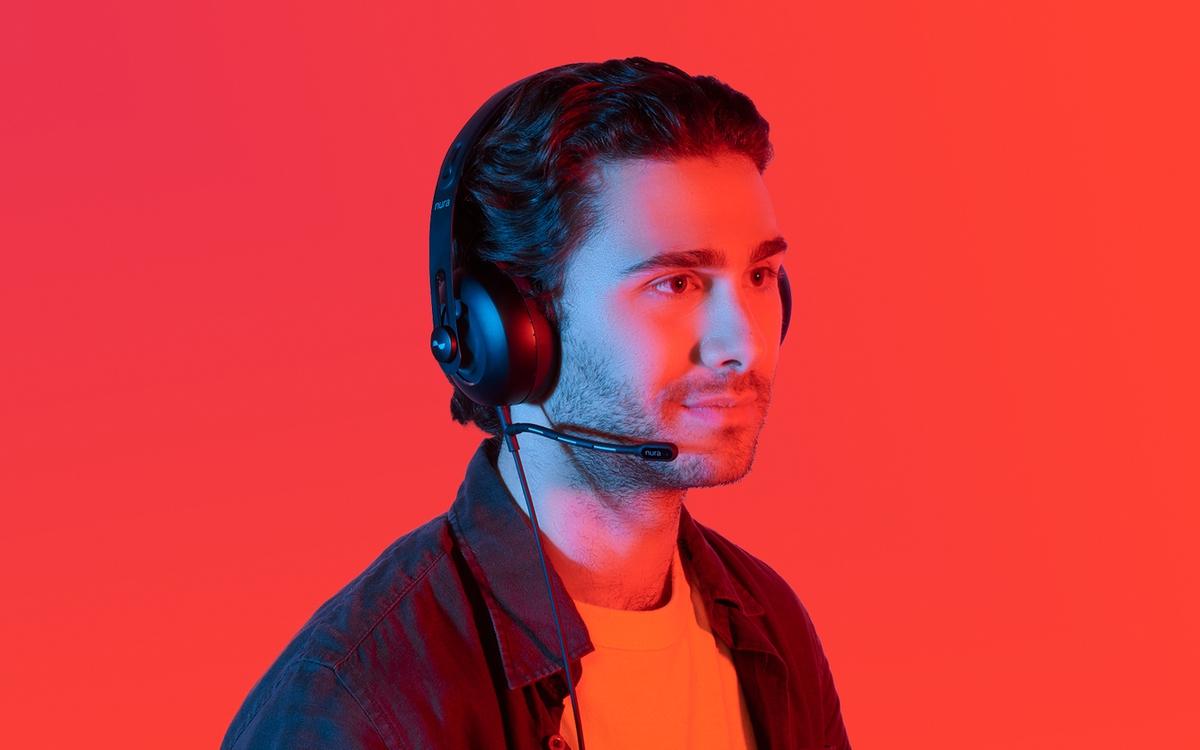