The recently released 2020 Democratic Party platform contains a lot of policies that will excite scientists and environmentalists, including an aggressive agenda to fight climate change, the return of science-based decision making to the EPA, and environmental justice. There’s one game-changing passage, however, that’s received shockingly little notice outside of […]

The recently released 2020 Democratic Party platform contains a lot of policies that will excite scientists and environmentalists, including an aggressive agenda to fight climate change, the return of science-based decision making to the EPA, and environmental justice. There’s one game-changing passage, however, that’s received shockingly little notice outside of a small circle of experts—who are no less than ecstatic to see it mentioned at this level. Indeed, the inclusion of a statement like this in a national party platform and a presidential campaign promise represents the largest shift in United States science-based biodiversity conservation policy since the Endangered Species Act.

I’m speaking about “30 by 30,” the goal of using science-based decision-making to protect 30 percent of U.S. lands and waters by the year 2030. “Vice President Biden is committed to making the country more resilient to climate change and securing environmental justice, so I suggested that including the goal of conserving 30 percent of America’s lands and oceans by 2030 would be a perfect fit for his platform,” Representative Deb Haaland (D–N.M.), a member of the Platform Drafting Committee and author of a 30 by 30 resolution in Congress, told me in a statement. (The platform reads “Democrats will protect wildlife habitats and biodiversity, slow extinction rates, and grow America’s natural carbon sinks by conserving 30 percent of our lands and waters by 2030.” Or, as it’s phrased in Joe Biden’s climate change plan, a commitment to “Protecting biodiversity, slowing extinction rates and helping leverage natural climate solutions by conserving 30 percent of America’s lands and waters by 2030.”)

The 30 by 30 goal isn’t new, and it isn’t radical eco-extremism run amok. This goal been discussed for years by the science-based conservation community and has been examined in peer-reviewed scientific journal articles and detailed reports from well-respected nonprofits like Defenders of Wildlife and the Center for American Progress. A resolution in support of this goal has been introduced in Congress and in several state legislatures including that of South Carolina—hardly a hotbed of far-left activism.

It’s based on a huge and growing body of scientific evidence that says that the world’s wildlife and wild places face existential threats, and a commitment to help save these places not only for the abstract goal of “protecting the environment,” but because it matters for people, too. As Kate Kelly, the public lands director at the Center for American Progress, told me, “30 by 30 is a recognition that we have a nature crisis on our hands, and it’s a commitment to pursue ambitious and inclusive conservation policies—because we have a problem, all is not well on planet Earth.”

According to Lindsay Rosa, a senior conservation GIS scientist at Defenders of Wildlife’s Center for Conservation Innovation, the most commonly used figures suggest that currently about 12 percent of U.S. land and 26 percent of U.S. waters are protected—but troublingly, there’s a lot of land that’s important for biodiversity conservation that isn’t yet protected, but could be. “About 80 percent of our highest-biodiversity hotspots are currently not protected,” Rosa told me. “We have a long way to go, but there’s still plenty of opportunity left.”

It’s also important to note here that experts I spoke to stressed that it matters which 30 percent we protect. Conserving a giant, undeveloped stretch of land where little lives and that no one wanted to develop anyway is not especially helpful to biodiversity conservation or climate resilience. We need to protect at least some of every major ecosystem, an ecological concept called “representativity.” We need to protect habitats that species of concern actually live in, which you’d think would be obvious but is often ignored when protected areas don’t involve scientific input from the start.

When we’re dealing with migratory species, it’s important to protect their migratory routes and not just their destination, a concept known as corridor conservation. Not all habitats are equally helpful in terms of climate resilience. And, obviously, human needs are vital when determining which habitats should be off-limits to large-scale resource extraction and development; while some top-down coordination is necessary, local voices have to have a say, especially concerning natural resource management on Indigenous lands. And since unequal access to wild spaces and the mental and physical health benefits they provide is a major environmental justice issue, Kelly told me that 30 by 30 isn’t just about biodiversity conservation, but “is an opportunity to hit the reset button on who conservation is for, and who nature can benefit.”

A national program to enact 30 by 30 won’t just be a series of new national parks declared by the President, but will include things like national wildlife refuges, national monuments, state-level protected areas, conservation easements on private land, and co-management with tribal leadership. Local consultation and support will have to be part of it from the beginning, but it won’t be successful without support and leadership from the federal government. This level of preservation is necessary but isn’t guaranteed to happen. “We need continued U.S. leadership to reach the goal of 30 by 30,” Justin Kenney, the director of the 30×30 Ocean Alliance, told me. “And it’s gaining more and more momentum each day!”

Does such a bold, ambitious, science-based environmental plan have a chance of happening in our hyperpolarized government? It really does, because conserving wildlife and wild places often has huge bipartisan support; in fact, 86 percent of voters somewhat or strongly support the specific goal of 30 by 30, including 76 percent of Republican voters, according to a poll conducted by the Center for American Progress.

Kenney pointed out that President George W. Bush created what was at the time the largest marine protected area in the world. “Americans are proud of their land, water and wildlife and want to protect them,” Kelly told me. Jacob Malcom, the director of Defender of Wildlife’s Center for Conservation Innovation, is optimistic that this plan will attract broad support, telling me that “we have to do this to protect nature and protect ourselves, and our political leaders will realize that.”

30 by 30 represents the last best hope for saving many of the United States’ iconic species and wild places, and is a key step in fighting climate and restoring justice. It’s widely supported by experts and can be achieved in a way that helps everyone. It won’t, however, happen if Donald Trump is reelected to the presidency; not only is there no pledge like 30 by 30 in President Trump’s campaign materials, but he has focused on removing such protections; the Center for American Progress has described him as “the only president in U.S. history to have removed more public lands than he protected.”

Scientific American’s historic endorsement of Joe Biden noted that Biden “has a record of following the data and being guided by science.” With his campaign’s incorporation of 30 by 30 goals, that’s also true when it comes to biodiversity conservation. We have to do this. We can do this. And if Joe Biden becomes the next President of the United States, we will.

Tue Oct 6 , 2020
A future MacBook Pro may do away with mechanical keyboard mechanisms entirely to eliminate issues with debris, by using a force-sensitive surface on a flexible area of the MacBook’s casing to mimic the pressing of keys. Over the years, Apple has received complaints about its MacBook Pro keyboards, especially […] 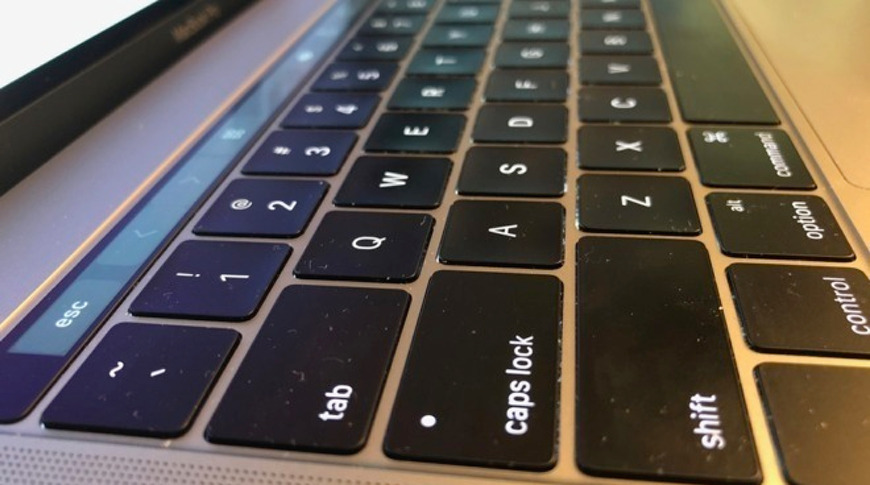