Table of Contents1 What is the Carina Nebula?2 What does the image show?3 How were these images taken? 4 What is adaptive optics?5 Why is this image important? A 50-trillion-km (33-trillion-mile, or 5 light-year) long section of the western wall in the Carina … [+] Nebula, as observed with adaptive […]

It’s a new ultra-detailed image of one of the jewels of the southern hemisphere’s night sky, and it probably reminds you of something—namely the Hubble Space Telescope’s famous image of the Eagle Nebula called the “Pillars of Creation.”

The object of this new photo is the “Carina Nebula,” a region of space where stars are born a whopping 7,500 light-years away from our Solar System. It’s also a region where only space telescopes—well clear of the interference of Earth’s atmosphere—can take such images.

Or, at least, that used to be true. You see, the above image wasn’t taken by Hubble or any other orbiting space telescope, but by a team of astronomers using the Gemini South telescope atop a mountain in northern Chile.

A spectacular high-resolution zoomable version is available here and the team’s paper has just been published in the Astrophysical Journal Letters.

So how did astronomers get such a sharp image from Earth’s surface?

The astronomers that created the image even claim that it’s as good as we can expect from NASA’s upcoming $10 billion James Webb Space Telescope.

That’s a big claim—and the way they did it is incredible.

What is the Carina Nebula?

At 300 light-years across, it’s one of the largest nebulae in the night sky—and a mind-boggling 500 times larger than the better known Orion Nebula, which hangs close to the stars of Orion’s Belt.

Like its smaller sibling, the Carina Nebula is a cloud of gas and dust pillars where stars are being born right now. Also known as the Great Nebula and NGC 3372, it’s in the Carina–Sagittarius spiral arm of our Milky Way galaxy.

If you’re in the southern hemisphere then the Carina Nebula is a naked-eye object. Within it is Eta Carinae, a binary star system whose largest Sun had a super-bright “Great Eruption” in 1843. It still fluctuates in brightness—just like Betelgeuse in Orion.

Like that familiar red supergiant star, this hypergiant star could be the next star in the Milky Way to “go supernova” and explode.

What does the image show?

The exquisite detail in the image (above) shows, for the first time, unusual structures in a five light-year section of the western wall of the Carina Nebula—its well-defined edge—which shows dust and gas glowing. The glow is caused by the intense ultraviolet light from the massive young stars being formed nearby.

In the image are parallel ridges—possibly the result of a magnetic field—as well as a almost perfectly smooth wave, fragments that may be being broken off the cloud, and possibly a jet of material ejected from a newly-formed star.

It’s one of the best images so far for astronomers to study how massive young stars are born and, critically, how they affect their surroundings.

How were these images taken?

The detection of near-infrared light was critical to allow the astronomers to look through the outer layers of dust in the Carina Nebula.

However, the key technology is adaptive optics, which allowed them to create images of the Carina Nebula that are 10 times sharper than previous attempts.

What is adaptive optics?

Stars twinkle or, at least, they look like they twinkle from Earth’s surface. The twinkle comes from the “wobbling” effect of turbulence in the Earth’s atmosphere on starlight. Adaptive optics correct for the turbulence and essentially stops the twinkle.

It works like this: a 50-watt sodium laser is shone at the night sky to build a 3D model of precisely how turbulence in Earth’s atmosphere is distorting starlight. A series of mirrors are them re-positioned within a module on the telescope to cancel-out that distortion. However, it’s how fast it all happens that is truly mind-blowing; that 3D model changes 1,000 times per second, and so does the shape of light amongst those moving mirrors.

The end result is space telescope-grade images from ground-based telescopes.

Why is this image important?

Understanding how massive young stars form and affect their surroundings could influence astronomers’ understanding of how stars evolve—and how the formation of planets follows … or not. “It is possible that the Sun formed in such an environment,” said Patrick Hartigan of Rice University, who led the team. “If so, radiation and winds from any nearby massive stars would have affected the masses and atmospheres of the Solar System’s outer planets.”

This is the first time that the Carina Nebula has been observed using adaptive optics—and the sharpness of the image is a taster, say the astronomers, of what could be possible with NASA’s James Webb Space Telescope.

AutoStore Invest in the Korean Market

Wed Oct 7 , 2020
The cube storage pioneer AutoStore announces that Kyoungsoo Kim, 46 years old, has been appointed to head the development of the AutoStore business in the Korean market. “He will help us to accelerate our growth in Korea”, says CEO & President in AutoStore Karl Johan Lier. This press release features […] 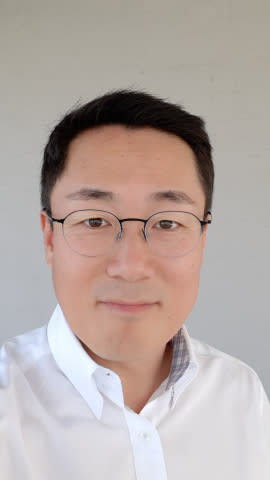