India’s drug authority last month approved a paper-strip test for Covid-19 that shows results in less than an hour, the head of the government institute that invented the test told CNN on Monday. © PUNIT PARANJPE/AFP/AFP via Getty Images A resident is tested for coronavirus in Mumbai. The test, called […]

India’s drug authority last month approved a paper-strip test for Covid-19 that shows results in less than an hour, the head of the government institute that invented the test told CNN on Monday.

© PUNIT PARANJPE/AFP/AFP via Getty Images
A resident is tested for coronavirus in Mumbai.


The test, called FELUDA—an acronym for FNCAS9 Editor-Limited Uniform Detection Assay—was named after a popular Indian fictional detective. It intends to “address the urgent need for accurate mass testing,” according to a statement from TATA Sons, which manufactured the test.

The kit could be manufactured for self-testing in the future, according to Agarwal, but the prototype being developed currently is only intended for testing in labs.

The FELUDA test follows a similar rapid test kit developed in the US this spring. Both tests use a gene-editing technology called CRISPR to detect the virus in a patient’s RNA. The US Food and Drug Administration approved the emergency use of the SHERLOCK test kit in May, developed by the Massachusetts Institute of Technology.

The test received approval for commercial launch by the Drugs Controller General of India, the country’s drug authority, on September 19. It had a 96% sensitivity and 98% specificity for detecting the novel coronavirus, meeting the Indian Council of Medical Research’s (ICMR) quality benchmark, according to a statement from the Ministry of Science and Technology. A test’s sensitivity indicates the likelihood of false negative results; its specificity indicates the likelihood of false positive results.

“This marks a significant achievement for the Indian scientific community, moving from R&D to a high-accuracy, scalable and reliable test in less than 100 days,” the Ministry of Science and Technology statement said.

The test “is simple to administer and easy to interpret, enabling results to be made available to the medical fraternity in relatively lesser time as compared to other test protocols,” Banmali Agrawala, president of Infrastructure and Defense and Aerospace for Tata Sons, said in a statement.

Beyond administering the test, the result takes another 15 minutes. This means the entire test can be completed in roughly less than an hour, according to Agrawal.

The Indian kit was created at the Council of Scientific and Industrial Research’s constituent lab, part of the Institute of Genomics and Integrative Biology (CSIR-IGIB) in New Delhi. It was then shared with Tata Sons for production and manufacturing.

“Reliability is always measured against existing methods,” Agrawal, director general of CSIR-IGIB told CNN on Monday. He attributes the test’s high levels of accuracy to a molecular diagnostic method called PCR (polymerase chain reaction), which detects the virus itself. By contrast, a blood test would detect antibodies to the virus produced by the body.

India has suffered the second most Covid-19 cases in the world, and has seen more than 100,000 deaths since the pandemic began.

John McAfee has been arrested in Spain and is facing extradition

Tue Oct 6 , 2020
John McAfee, who built a fortune selling cybersecurity software and has in recent years become a cryptocurrency evangelist, has been indicted on charges of tax evasion by the Department of Justice (DOJ). He has been arrested in Spain and is awaiting extradition, the DOJ said. McAfee has had a contentious […] 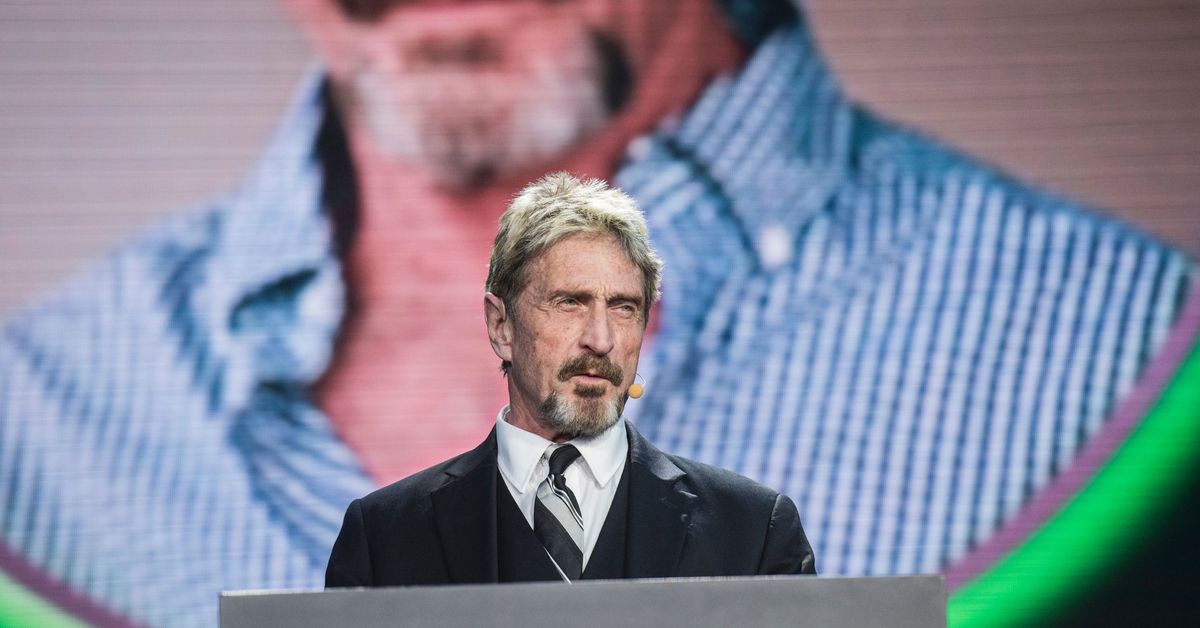