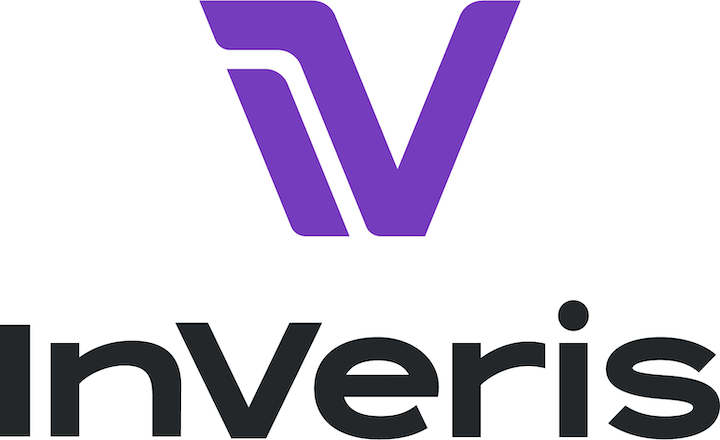 On July 1 of this year, Pine Island Capital Partners acquired Meggitt Training Systems. We had an opportunity to interview several principal members of the newly rebranded company, InVeris Training Solutions, as the new name and logo debuted on October 7. But first, a brief history lesson.

If you are old enough to have been working in law enforcement back in the early 1980s, you’ll likely remember that super-cool, high-speed, no-drag training system called FATS or Firearms Training Systems, Inc. Founded in Atlanta, Georgia in 1984, FATS was the first interactive projected training system that allowed for training law enforcement and military personnel with firearms… but no bullets being fired. This made the training inherently safer and, over time, less costly. FATS steadily evolved over time so that the video simulations could branch, resulting in multiple possible outcomes for a given scenario beginning. In 1990, FATS delivered its first virtual training system to the United States Marine Corps.

Across the past 36 years since its introduction, the system has continued to evolve and improve to include lane marksmanship systems, an indirect fire training system and even a simulated mortar system. In 1996 they began integrating 3D CGI environments, greatly enhancing their ability to provide an even greater depth of branching options and potential outcomes to all simulations. We could go on, but the bottom line is that FATS never sat on its laurels; it continued to evolve and continually improve, gaining in capability and value to both law enforcement and military training.

In 2008 Meggitt PLC acquired FATS and combined it with live-fire training specialist Caswell International to form Meggitt Training Systems. The name may have changed but the aggressive evolution did not and further increases in capability and programming occurred every year from 2014 on. Perhaps the most impactful evolution for law enforcement training came in 2018 when Meggitt introduced the 300LE and 180LE systems. One of the largest challenges simulation training has ever faced is the limited field of view for projected simulation. The 180LE system incorporated a 180° viewing screen, giving a wider, more surrounding environment for officers to train within. The 300LE went even farther providing a 300° viewing screen and even greater immersion into the training simulation. In 2019, Meggitt introduced the 180MIL, three screen immersive training system with high definition and 5.1 surround sound.

According to the Interim CEO, Mr. Clyde Tuggle, Pine Island saw the intrinsic value of Meggitt Training Systems and their long standing tradition of providing high-value training to our nation’s operators – both on the front lines here at home and those abroad.

Also participating in the interview was former Senator Saxby Chambliss of Georgia and Ms. Andrea Czop, Vice President of Sales & Training Strategies for InVeris. Our first question of them, hoping to gain some understanding of the new name and rebranding effort, was, “What does InVeris mean?”

As Mr. Tuggle explained, “InVeris means insight. It means truth. For us it’s all about more closely aligning the company with the long-held values in the service of safety.” The acquisition, new name and rebranding offered Meggitt, as InVeris, the opportunity to be part of the creation of 21st century law enforcement through training. While the primary mission of law enforcement has not changed, and probably never will, how that mission is approached and trained for inevitably will. InVeris, through all its simulation training options, and the evolution at hand even for that, desires to play an intricate role in the evolution of law enforcement’s approach to the peace keeping and enforcement mission.

Interim CEO Tuggle indicated that the feedback InVeris is receiving toward their expanding training options is very positive, particularly toward the expansion of the technology and the application of scenarios beyond traditional training (shooting, judgmental decision making). Tuggle said that they are working with Cal POST and other organizations to develop those non-traditional scenarios. They are examining the expansion of the technology not only for law enforcement personnel but also for other public safety players in the first responder space.

Ms. Czop pointed out that the opportunity allows for scenario based projected simulation training to serve other first responders as they train for mental health, emotional health and substance abuse situations. Given the nature of law enforcement and their often first response to any number of unknown situations involving just those types of challenges, it only makes sense for training programs to evolve to address them.

Senator Chambliss said that Pine Island had developed a greater appreciation for the technology that Meggitt had, and InVeris now leverages. InVeris is focusing on the opportunities presented by greater use of and more intense development of artificial intelligence to support greater training evolution. Senator Chambliss went on to comment that InVeris has a unique potential to reach farther into the law enforcement and military communities; to bring the benefits of enhanced simulation training to both. With ownership that has extensive histories of involvement in and interaction with both the law enforcement and military communities, InVeris is positioned to expand support to both domestically and internationally. Meggitt Training Systems has long been considered the gold standard of projected simulation training and now InVeris Training Solutions looks forward to building on that to greater capabilities and offering more support to the communities who serve public safety.

In closing, CEO Tuggle stated that InVeris is focusing on three brand pillars:

First, they are committed to designing and delivering high quality, customized cutting edge training solutions. Second, they are committed to combining an agile and flexible approach to deliver unmatched training value through their technologies and the training techniques they have developed to support it. Finally, they maintain the fundamental belief that it is the company’s responsibility to stand behind the bravest and best trained men and women serving both public safety and national defense around the world.

For more information about InVeris Training Solutions, visit them online at www.inveristraining.com.

Technology Unabashed by the Absence of Stimulus: 5 Top Picks

Wed Oct 7 , 2020
Table of Contents1 Technology Sector Becomes the Best Bet2 Coronavirus Boosts Digitization3 Our Top Picks4 Biggest Tech Breakthrough in a Generation On Oct 6, in a sudden turn of the event, President Donald Trump abruptly halted the ongoing negotiation between the Republicans and Democrats on the second round of fiscal […]