Louisville police have released a batch of evidence from an investigation of the raid that killed Breonna Taylor in March. It raises new questions over why police targeted her home in an effort to prosecute her ex-boyfriend. A police lieutenant who came to the scene after the shooting told investigators, […]

Louisville police have released a batch of evidence from an investigation of the raid that killed Breonna Taylor in March. It raises new questions over why police targeted her home in an effort to prosecute her ex-boyfriend.

A police lieutenant who came to the scene after the shooting told investigators, “something really bad happened.”

The material includes more than 250 videos and more than 4,000 pages of documents. It was released Wednesday as the outcry for justice for Taylor continues.

Former Detective Brett Hankison pleaded not guilty to three counts of wanton endangerment for endangering the lives of three people in the neighboring apartment, the only charges that were filed by the grand jury reviewing Taylor’s death. Neither Hankison nor the two other officers involved in the fatal police shooting were charged directly with Taylor’s death.

One of the police body camera videos shows Taylor’s boyfriend Kenneth Walker outside her home after she’d been shot telling officers his girlfriend was dead, “CBS This Morning” national correspondent Jericka Duncan reports.

“Who else is in the apartment?” an officer asked Walker.

“Nobody, my girlfriend’s dead,” he replies.

“We have to be mindful of what we say, we are on camera now,” one officer says.

At the center of the case is whether a search warrant for Taylor’s home was valid. Police records show the warrant stemmed from Taylor’s communication with ex-boyfriend Jamarcus Glover, who was the target of a narcotics investigation.

The released evidence includes audio tape of a jailhouse conversation on the day of the raid between Glover and a woman identified as the mother of his child. In it, Glover says he had not been in touch with Taylor, further calling into question the justification for the raid.

“Me and Bre ain’t been around each other in over two months, damn near two months,” Glover said.

The new Louisville police chief is continuing her investigation of the deadly raid, which could result in disciplinary actions or firings. The FBI’s investigation into possible civil rights violations continues, and a request to speak out from an anonymous grand juror continues to go through the courts.

Technology is helping global communities recover during the pandemic 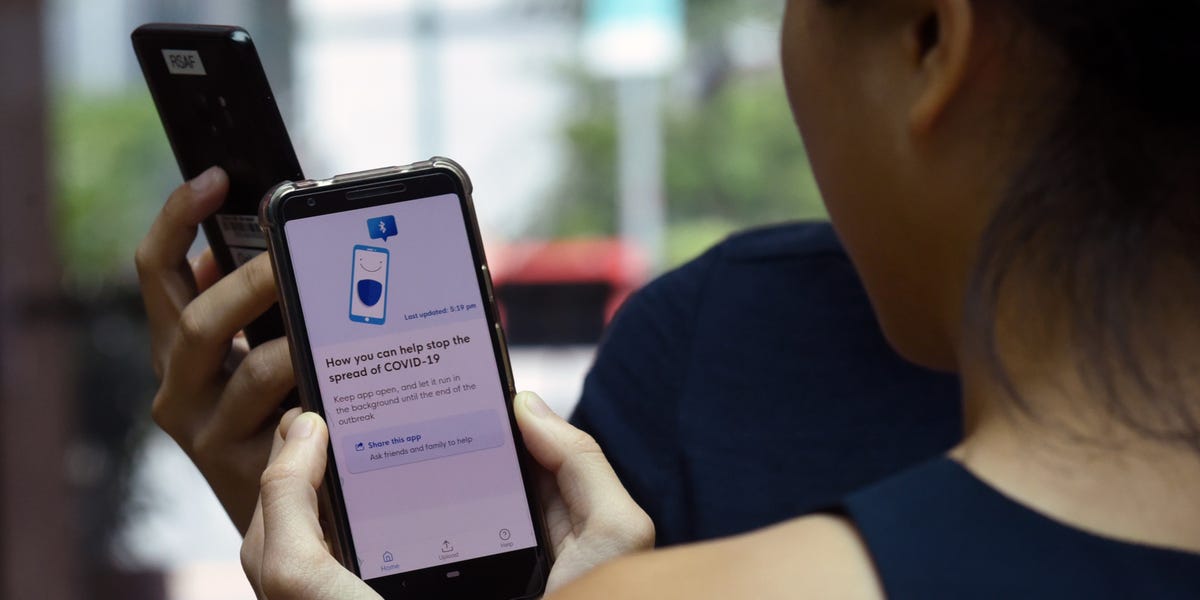