The Washington-based tech giant, and longtime competitor to Apple, is part of a growing list of companies advocating for new policies that would upend the way Apple does business. The coalition, which includes Epic, maker of video game Fortnite, and Spotify, a music streaming service, laid out a set of […]

The Washington-based tech giant, and longtime competitor to Apple, is part of a growing list of companies advocating for new policies that would upend the way Apple does business. The coalition, which includes Epic, maker of video game Fortnite, and Spotify, a music streaming service, laid out a set of app store principles it thinks Apple and other companies should follow.

Microsoft’s support for the coalition comes two days after a congressional committee released a 450-page report that blasted Apple and other technology companies for anticompetitive practices. The majority of the criticism for Apple revolved around the way it treats developers and competitors on the App Store. Microsoft is the only tech giant that was not investigated by the committee for antitrust concerns.

Apple has said its App Store does not have a monopoly, citing competition with Google’s Android operating system, and denies that it engages in anticompetitive practices.

In the blog post, Microsoft announced its own 10 principles, which closely resemble the coalition’s. Microsoft said, for instance, that it would charge developers “reasonable fees that reflect the competition we face from other app stores on Windows.” Apple has come under criticism from companies such as Epic and Spotify for charging companies a 30 percent commission on sales made on the App Store or on digital goods sold within apps.

“The innovation that drives the app economy also needs healthy and vibrant digital platforms,” Microsoft’s blog post said. “We know that regulators and policymakers are reviewing these issues and considering legal reforms to promote competition and innovation in digital markets,” the company wrote, adding that the sets of principles could serve as “productive examples.”

The news of Microsoft’s support was welcomed by the coalition’s members, which also include smaller companies such as Tile, the maker of Bluetooth tracking tags, and Blix, an email provider.

“By embracing these principles, Microsoft will help create a level playing field for developers both large and small, provide consumers with greater choice, and hopefully encourage other platforms to do the same,” Spotify spokesman Adam Grossberg said in a statement.

The Microsoft Store won’t have to change in any meaningful way to comply with its new principles. That’s because the Windows operating system, which Microsoft owns, is already an open platform. Windows users can download alternative app stores from companies such as Steam, a video game maker and distribution company. And they can already download software directly from a developer’s website.

However, Microsoft said it would not apply the 10 principles to the Xbox store, where owners of the video game consoles can download games. “Console makers like Microsoft invest significantly in developing dedicated console hardware but sell them below cost or at very low margins to create a market that game developers and publishers can benefit from,” it said in the blog post. “Given these fundamental differences in the significance of the platform and the business model, we have more work to do to establish the right set of principles for game consoles.”

But even if Microsoft’s operating system won’t be changing all that much, the fact that it was committing to the principles was meaningful for coalition members such as Tim Sweeney, CEO and founder of Epic. “It’s wonderful to see Microsoft formally codify its long-held principles in Windows as an open platform and fair market for all developers and consumers,” he wrote in a statement.

Sarah Maxwell, spokeswoman for the coalition, called Thursday’s blog post “a critical moment” in the group’s efforts to rein in Apple.

Thursday’s blog post formalized a stance that Microsoft President Brad Smith has been increasingly moving toward in recent months. At a Politico Live event in June, he said, “I do believe the time has come, whether we’re talking about Washington, D.C., or Brussels, for a much more focused conversation about the nature of app stores, the rules that are being put in place, the prices and the tolls that are being extracted, and whether there is really a justification in antitrust law for everything that has been created,” in comments that were widely interpreted to be aimed at Apple.

The Information reported that Smith was interviewed by the House antitrust subcommittee, where he criticized Apple’s practices on its App Store. A person with knowledge of the matter confirmed the interview.

Thu Oct 8 , 2020
Ballot measure 4A, also called the Debt-Free Schools ballot initiative, seeks to invest in personnel across Denver Public Schools, specifically by increasing wages for hourly workers, offering a cost-of-living raise for teachers, and adding mental health professionals and nurses. The measure would be funded by an increase in property taxes; […] 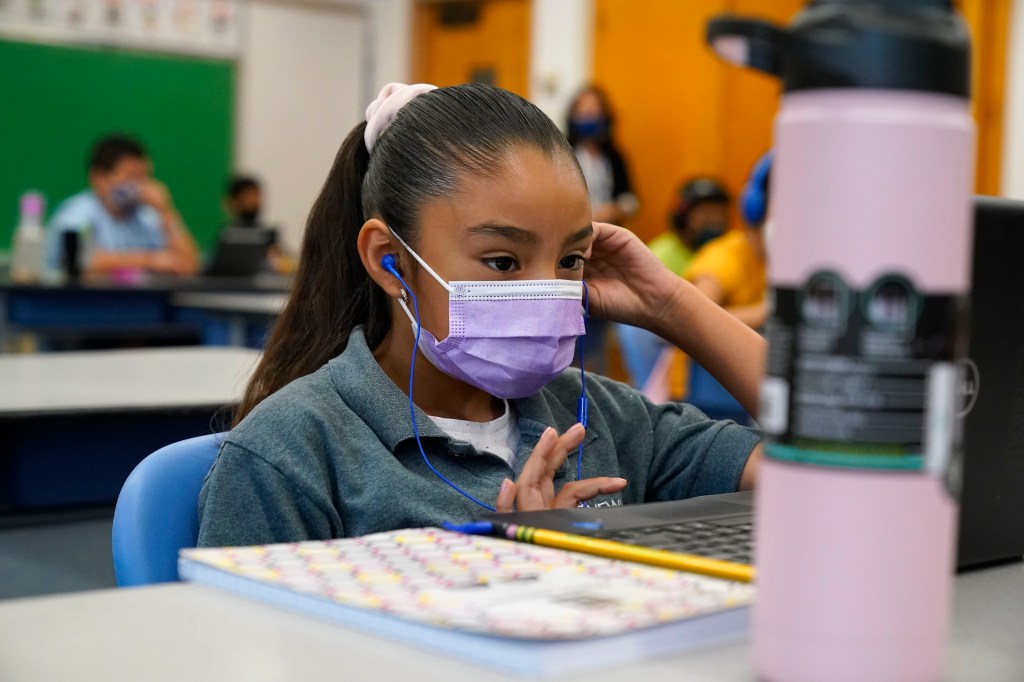