Black and Latinx tech startup founders have made almost no progress in securing venture capital (VC) funding over the past seven years in the US, a Crunchbase study released today found. During that period, startups helmed by Black and Latinx founders received just 2.4% of VC investments; so far this […]

Black and Latinx tech startup founders have made almost no progress in securing venture capital (VC) funding over the past seven years in the US, a Crunchbase study released today found. During that period, startups helmed by Black and Latinx founders received just 2.4% of VC investments; so far this year, that figure is slightly higher at 2.6%.

Reasons cited for the persistent low percentage derive from the greater poverty among those groups relative to the White population. Black and Latinx would-be founders have much less access to their own seed capital and to resources from family and community members to launch their firms, yet such “bootstrapping” is considered an essential first step before investors will join in. And they often lack the professional or college networks that can be crucial to connecting with initial “angel” investors or to the venture capital community that typically funds later rounds.

“The percent of VC funding for going to Black and Latinx founders has not changed significantly because of many reasons, several that extend beyond the technology industry and indicate a broader issue of systemic racism in our society,” said Gené Teare, Crunchbase’s data evangelist.

By comparison, it’s better for Black and Latinx tech startups to be in greater Atlanta or greater New York, where they’ve received 5.5% and 5.2% of VC funding, respectively, in the last six years. In that period, greater New York accounted for $4.4 billion in total funding, a close second to the San Francisco Bay Area; greater Atlanta saw only $400 million in VC funding over the same period.

Latinx-founded tech startups fare better than Black-founded ones; Latinx firms get about 65% of venture funds provided to the two groups. Still, that funding falls well below their populations — even in ethnically diverse states like California and New York.

The best states for Black-founded tech startups are Georgia (4.9% of funding), the District of Columbia (3.5%), and New York (3.1%), though only New York has any significant level of VC funding available. All other states have insignificant percentages of VC funds going to Black founders.

If there’s a bright spot in the Crunchbase data, it’s that Black and Latinx startups are more open to being led by women than White startups. Of Black and Latinx tech startups, 39% are led by women, compared to 21% of all firms. But that bright spot isn’t that bright: just 4% of venture capital went to startups founded by women, and another 9% went to startups founded by both women and men. Women comprise 50.2% of the working-age US population.

Why Astronomy is Considered the Oldest Science

Wed Oct 7 , 2020
Table of Contents1 The Origins of Astronomy2 How the Stars Got Their Names 3 Ancient Constellations Millions of years ago, ancient humans living on the African savanna likely gazed up in wonderment at the bright moon and star-filled sky. This cosmic backdrop wasn’t too different from the one we see […] 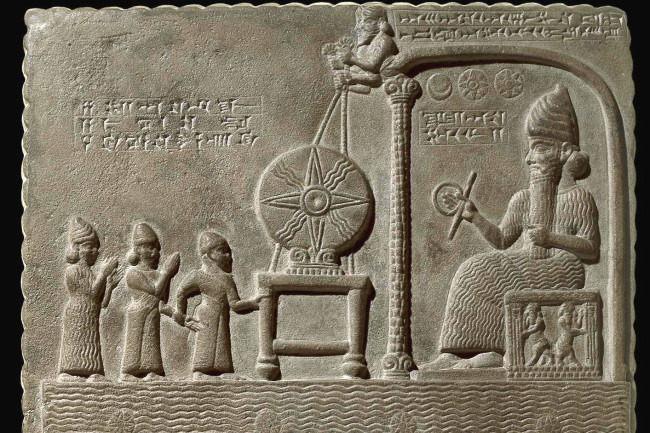