NASA’s Aqua satellite provided an infrared view of Tropical Storm Marie that revealed the effects of outside winds battering the storm.

On Oct.5 at 6:20 a.m. EDT (1020 UTC), the Moderate Resolution Imaging Spectroradiometer or MODIS instrument that flies aboard NASA’s Aqua satellite gathered infrared data on Marie that confirmed wind shear was adversely affecting the storm. Westerly vertical wind shear has pushed strongest storms east of the center where cloud top temperatures are as cold as minus 50 degrees Fahrenheit (minus 45.5 Celsius). The remains of the deep convection associated with Marie continues to get further displaced from the exposed low-level center due strong upper-level westerly winds, with the gap now over 100 nautical miles between those two features.

At 11 a.m. EDT (1500 UTC), the center of Tropical Storm Marie was located near latitude 21.1 degrees north and longitude 131.9 degrees west. Marie is moving toward the west-northwest near 9 mph (15 km/h), and this general motion, with a decrease in forward speed, is anticipated during the next couple of days followed by a turn to the west. Maximum sustained winds are near 60 mph (95 kph) with higher gusts.

Continued weakening is expected and Marie is forecast to degenerate into a remnant low by Tuesday night.

Tue Oct 6 , 2020
Mumbai (Maharashtra) [India], October 6 (ANI/NewsVoir): Ujwal Nirgudkar, Oscar Academy Member and Chairman of SMPTE-India Section who is promoting standards for Digital Cinema in India is now appointed by Oscar Academy to serve on the 2020-21 Science and Technology Council.An Indian Resident is being invited as the Member for the […] 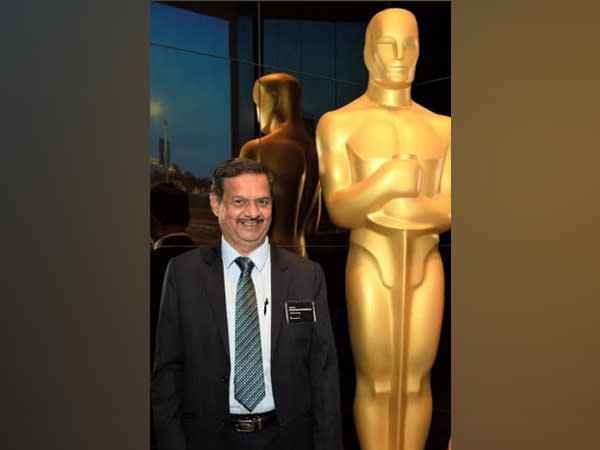