By Nneka Chile, Abraham Achirga LAGOS/ABUJA (Reuters) – When the coronavirus outbreak forced shops to close in Nigeria’s commercial capital Lagos, kiosk store owner Funmilayo Akinola weighed up her safety against the need to make a living. After deciding that she couldn’t afford to stop working, she faced the challenge […]

LAGOS/ABUJA (Reuters) – When the coronavirus outbreak forced shops to close in Nigeria’s commercial capital Lagos, kiosk store owner Funmilayo Akinola weighed up her safety against the need to make a living.

After deciding that she couldn’t afford to stop working, she faced the challenge of replenishing her stock as the pandemic has made it harder for informal traders to buy wholesale goods due to safety measures disrupting supply chains.

The answer lay in a logistics firm that provides an online marketplace where manufacturers and retailers connect.

“(Without Trade Depot) I would have just locked up my shop, because my husband will not allow me to go inside the market to go and be hustling for goods,” said Akinola.

She now uses her phone to order stock delivered by vans or tuk tuks to her narrow kiosk in the frenetic Lagos district of Mushin, where she sits surrounded by stacked-up goods, ranging from drinks and tinned food to detergent.

Demand was particularly high during the month-long lockdown in Lagos that ended in early May, said Akinola.

Trade Depot’s chief executive officer, Onyekachi Izukanne, said the company – which operates in six of Nigeria’s 36 states and was launched in 2017 – saw a 300% increase in gross revenue in the year to September, compared with the same period in 2019.

Ikenna Nwosu, a logistics consultant, said the pandemic had prompted a broader process of “digitization” that forced people to shop online. This has opened new supply chain networks and created employment opportunities as companies hire more workers to distribute goods, he said.

“Its creating new revenue streams. That is just scratching the surface of digitization,” he said.

Reporting by Nneka Chile in Lagos and Abraham Achirga in Abuja,; Writing by Alexis Akwagyiram; editing by Emelia Sithole-Matarise

Thu Oct 8 , 2020
SpaceX is preparing to launch four NASA astronauts on its Crew Dragon spaceship this Halloween — the first of six crewed missions the space agency has contracted from the rocket company founded by Elon Musk. (The one that concluded in August was considered a demonstration.) That’s on top of the […] 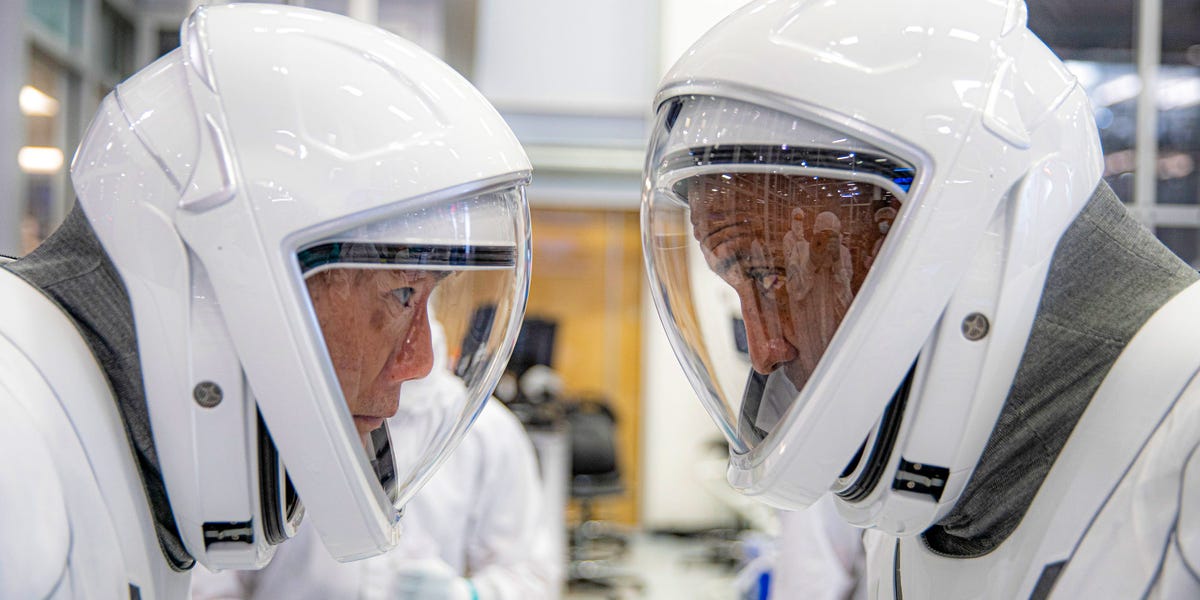