Samsung is experimenting with a LED strip on the hinges of its future foldable phones. The strip would act as a notification light but also a chief, defining design characteristic for Samsung’s foldables. We don’t see too many notification LEDs on modern smartphones, and it’s a shame. The practical little […]

We don’t see too many notification LEDs on modern smartphones, and it’s a shame. The practical little flasher provided key, immediate info to users without the need to switch on a screen. Now, it seems that could be making a grand return with the next generation of Samsung‘s foldables.

According to a lengthy patent filed by the Korean firm (via LetsGoDigital), Samsung could add a notification LED strip to its foldable phones’ hinge. The patent in question uses the Galaxy Z Fold 2 as a mock-up model but this technology could theoretically be used on the device’s next iteration, the Galaxy Z Fold 3.

The hinge of that device could house a number of red, green, blue, and white LEDs shrouded in a translucent cover running most of the length of the foldable. This would allow Samsung to display a wide gamut of color combinations and visual effects. Like traditional notification LEDs, users would likely be able to customize them too, setting specific colors or patterns to apps or particular notifications. LetsGoDigital‘s renders also imagine the notification LED as a visual extension of the phone’s wallpaper similar to a mood light or “visual decoration” as Samsung calls it.

Samsung’s design is a smart use of space on an area that’s largely reserved for structural rigidity, but it’s unclear if this design could affect the strength of the hinges. The LEDs would need to share some space with Samsung’s hinge design.

It’s worth mentioning that the design doesn’t put practicality first, even though the hinge is the best place to mount a notification light as it’s almost always visible. That said, Samsung could just as easily place a small LED on the foldable’s hinge instead of a strip. It’s apparent that a strip running the length of the foldable would double as a defining and immediately recognizable design characteristic.

It may be bulky patent filing with realistic use cases, but don’t expect Samsung to immediately announce a product with such a feature. The company may simply lay claim to the technology to prevent its competitors from implementing something similar. But we hope the notification LED does make a return eventually, even on traditional glass sandwiches.

We may have a lengthy wait on hand if Samsung does plan to offer it on an upcoming foldable. If the Galaxy Z Fold 2’s launch window is any indication, Samsung’s Galaxy Z Fold 3 could debut in Q3 2021.

Next: The best foldable phones you can get right now

Thu Oct 8 , 2020
Today Western Digital expanding its gaming portfolio, WD_BLACK, with even more drives and a gaming dock. These new products include a PCIe Gen4 SSD, the WD_BLACK SN850, an AIC NVMe SSD, the WD_BLACK AN1500, and the aforementioned dock, the WD_BLACK D50 Game Dock. All the new devices leverage the NVMe […] 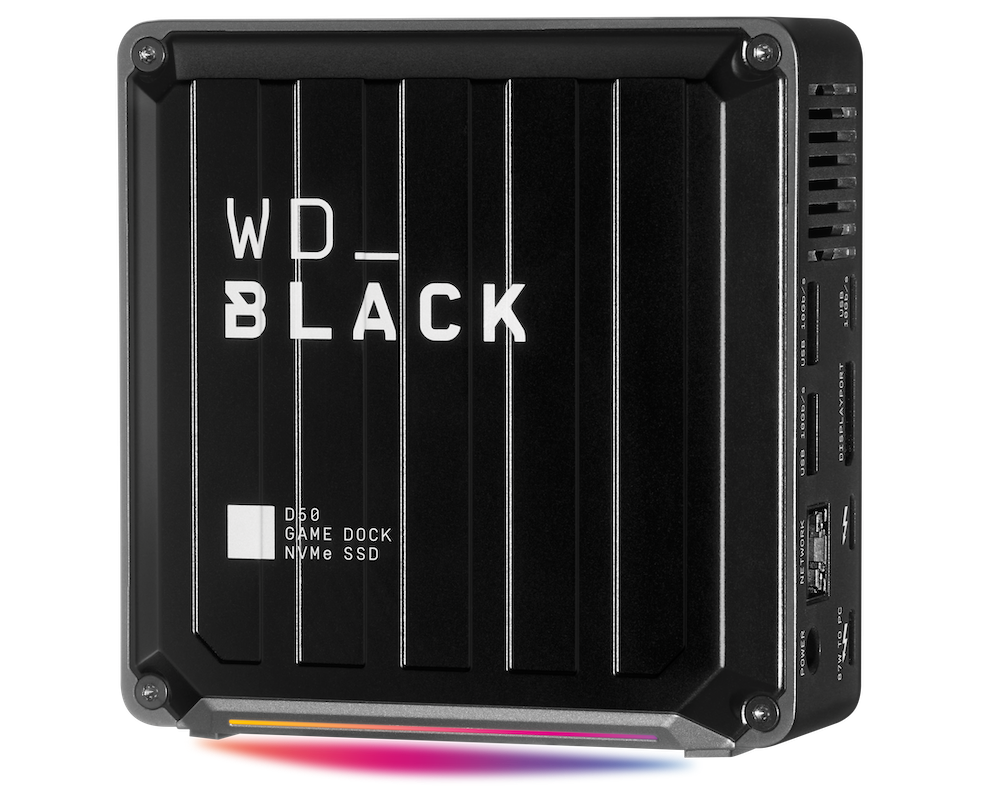