There’s a tech turf war smoldering, the result of which could create a new world order and redraw geopolitical alliances. That’s according to Abishur Prakash, a geopolitical futurist at Center for Innovating the Future and author of our books, including Next Geopolitics: Volume 1 and 2. Load Error “This is […]

There’s a tech turf war smoldering, the result of which could create a new world order and redraw geopolitical alliances. That’s according to Abishur Prakash, a geopolitical futurist at Center for Innovating the Future and author of our books, including Next Geopolitics: Volume 1 and 2.

“This is the new status quo, geopolitics. Tech is now driving things,” he said in an interview with Yahoo Finance’s On The Move.

The power struggle is evident, said Prakash, as the U.S. and China face-off in a proxy war over social media app TikTok, currently owned by Chinese tech giant ByteDance, which is working with U.S. regulators to resolve outstanding security concerns over its planned sale of the popular app.

“If we look at the deal between TikTok and Oracle (ORCL) and Walmart (WMT), a key focus of that deal is data, where will data be stored,” he said, with privacy and security being key concerns. “Companies are now operating in what’s best for their countries, governments are behaving in more nationalistic ways than ever before. And there’s no incentive to really play ball by either side.”

© Provided by Yahoo! Finance
Flags of China and U.S. are seen near a Bytedance logo in this illustration picture taken September 18, 2020. REUTERS/Florence Lo/Illustration


The stakes are high as the battle over internet dominance hinges on control over data, privacy and intellectual property, said Prakash.

“It’s a new era, where the U.S. is essentially doing to Chinese firms, what China has been doing to American firms. And this creates the space for the U.S. to behave in more of a protectionist manner instead of a less of a rules-based playing field. And the question in front of American companies should now be that if America is going to play this way, with China, how is China going to play with let’s say, IBM or Apple?” said Prakash.

The risk for American business interests, he explained, is that Chinese companies will seek alternative markets. “There’s an entire cohort of next generation Chinese technology firms who are watching what’s happening … and are realizing that they now have to operate by a different set of business rules, rules that are being essentially defined by geopolitics and geo-economic competition. And that means that these companies, the corporate strategies may change instead of investing most of their resources and time in the West, the key battlefields may now be in Africa, parts of Asia and parts of South America.”

Yvette Killian is a producer for Yahoo Finance’s On The Move. Follow her on Twitter at @yvette_killian

Tue Oct 6 , 2020
WHO announced an alarming new statistic about the impact of the coronavirus pandemic As the public continues to reel from the news that the president of the United States has tested positive for the coronavirus, Dr. Michael Ryan, the executive director of the World Health Organization (WHO)’s health emergency program, […] 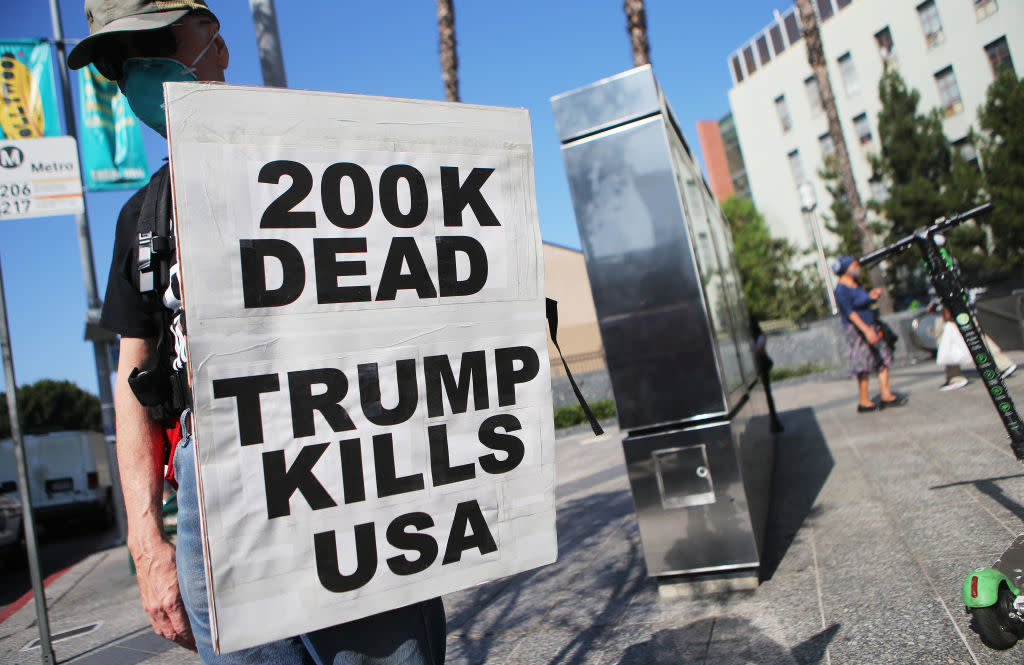