You can just see the front camera under the nose of my Yamaha scooter. Roberson Photography I got a couple of motorcycle video systems in for review this past summer, including the Thinkware M1 and this system, the Blueskysea B1M. Both get the job done in terms of recording activity […]

I got a couple of motorcycle video systems in for review this past summer, including the Thinkware M1 and this system, the Blueskysea B1M. Both get the job done in terms of recording activity around your motorcycle (or other types of vehicles), but there are some key differences.

At $159.99, the Blueskysea B1M is by far the less expensive of the two systems, but it still held up and performed well during a long test period, where it was installed on my scooter, a 2007 Yamaha Morphous 250. Similar to the Thinkware, it consists of two Sony-made 1080P HD cameras with 135 degree wide angle lenses that are tethered to a central hideable controller that records video to a micro SD card. There’s no screen with this system; videos are downloaded to your smartphone through an app. A small remote activation button allows for manual recording control and includes a a small microphone. Installation was initially fairly straightforward, and required connection to the battery for power along with a third connection to a trigger point that is only active when the ignition is on, which cycles the system so it begins recording when you fire up your ride and shuts down when you take the key out.

I ran the remote to a spot on the right grip pod for easy access. A long press on the remote key also activates the built-in wifi for connecting to your phone. On my Yamaha, that meant slipping the slim third wire into a fuse slot, which was easy enough. The system itself draws very little power, so don’t worry about overloading your bike’s electrical system. Like a regular dashcam in car, the system records video “loops” so you don’t have to worry about running out of space. A shock sensor automatically locks clips in a crash or you can manually lock them using the remote button or the app. An optional GPS receiver can add location and speed metadata to your videos.

Following placement of the little black recorder box, it was just a question of camera placement, and that’s where I ran into my first problem. Unlike the Thinkware cameras that allowed full rotation inside their mounts, the B1M cameras only tilt up and down on their mounts, so if your don’t have a flat spot on your ride, the video is going to look tilted. This limits installation choices. I ended up mounting the front camera under the front lip of the Yamaha’s nose (photo below), which meant video from that camera was recorded upside down.

I’m a longtime video editor, so flipping video using my PC is no big deal, but viewing front camera raw footage on my phone via the Blueskysea app took some… imagination. And really, this was my only complaint against the B1M system. Those cameras just need to be able to rotate in their mounts, if only a little bit – 90 degrees of rotation should cover most installation situations. Outside of that spot on my Yamaha, there isn’t really a flat plane on my very angular scooter, so the rear camera was mounted behind the rear seat backrest, at a bit of an angle.

However, one advantage the B1M system has over the Thinkware is the size of the cameras: they’re very small, even including the mounts. Part of that is due to the fact that the Thinkware cameras are actually waterproof while the Blueskysea cameras are only IP67 “splashproof.” That’s fine for my intended application (motorcycles and scooters) but keep that in mind if you intend to mount this system on a vehicle that could see deep water, such as an adventure bike or a more rough-and-tumble off-road machine.

Video of daylight rides from the cameras was sharp and clear, which was helped by the fact that my Yamaha Morphous is an extremely smooth runner above idle. The Thinkware system includes an image stabilization system not present on the Blueskysea device, but because the Yamaha is so smooth, it wasn’t missed in this installation. The system claims to shoot in “wide dynamic range,” and video shot at night was acceptably detailed while expectedly a bit noisy, but really no more than other systems I’ve used. Otherwise, connection to the system’s wifi and downloading clips via the simple app was simple and reliable.

I enjoyed using the Blueskysea B1M system and while I didn’t catch anything too crazy on video, it was nice to record clips of some of my longer rides in the countryside outside of Portland, and it gave a some peace of mind knowing that if something did go south on a ride, it would be recorded for posterity and possible legal ammunition. Blueskysea needs to redesign the camera mounts to give riders (and drivers – this would also be a good low-profile car camera system) more installation options. But once you figure out a spot for the cameras and the system is up and running, it’s easy to use, records good quality video and is a good value.

IBM to spin off IT infrastructure unit, focus on cloud business

Thu Oct 8 , 2020
FILE PHOTO: A man stands near an IBM logo at the Mobile World Congress in Barcelona, Spain, February 25, 2019. REUTERS/Sergio Perez/File Photo (Reuters) – International Business Machines Corp said on Thursday it would spin off its IT infrastructure unit to focus more on cloud computing, a high-margin business that […] 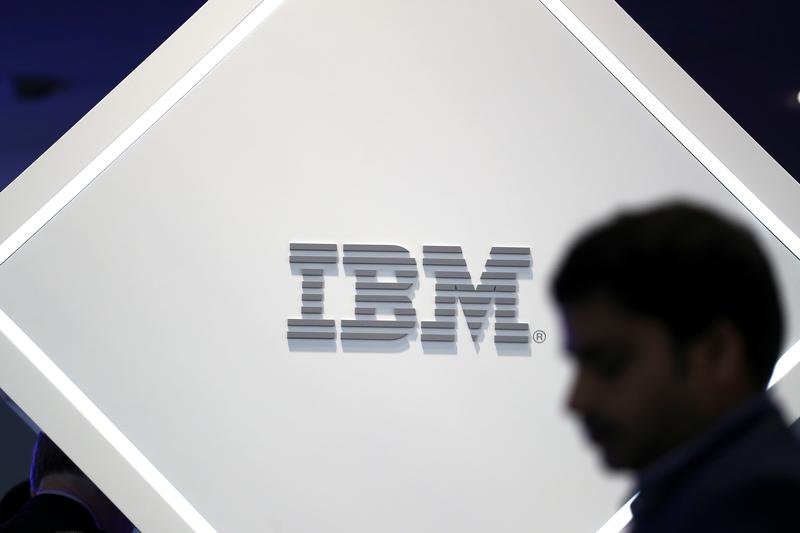