Now, researchers from the Swiss Federal Institute of Aquatic Science and Technology and Tohoku University have developed a novel “individual-based model” that simulates the evolution of an ecosystem of virtual organisms. This model reveals additional information about recurrent adaptive radiation and the role that hybridization plays in that process.

Yet, a recent genomics study on adaptive radiations of East African cichlid fish caused researchers to reevaluate what they previously thought. The study discovered that a genetic variation generated through an ancient hybridization event permanently increased evolutionary potential of the descendant lineage and facilitated a recurrent adaptive radiation of the lineage in several geographically distant lakes—one of which started over 100000 years after the hybridization event.

To address this theoretical conundrum, Kotaro Kagawa and his colleague Ole Seehausen used their individual-based model to simulate the evolutionary dynamics caused by hybridization under various geographic, ecological, and historical scenarios. Results from over 15000 simulations provided two theoretical findings. First, simulations showed that hybridization-derived genetic variation geographically spreads and persists for long periods only if the hybrid population becomes separated into isolated sub-lineages. Subsequent secondary hybridization of the sub-lineages can potentially reestablish genetic polymorphisms from the ancestral hybridization in places far from the birthplace of the hybrid-clade and long after the ancestral hybridization event. This leads to the second finding: genetic variation generated through a single hybridization event could lead to multiple independent episodes of adaptive radiation far apart in location and time when ecological and geographic conditions promote the temporal isolation and subsequent admixture of sub-lineages.

“These findings provide not only an explanation for the recurrent adaptive radiation of African cichlids but also a novel insight that exceptional genetic variation, once generated through a rare hybridization event, may significantly influence clade-wide macroevolutionary trends ranging over large spatial and temporal scales,” said Dr. Kagawa.

Wed Oct 7 , 2020
A subsidiary of Toyota Motor North America, Toyota Racing Development (TRD) has over 40 years of experience in motorsports, competing across multiple platforms, including the NASCAR Cup Series. Before 2015, TRD had focused the majority of its resources on engine development and engineering endeavors. But, sensing the growing impact that […] 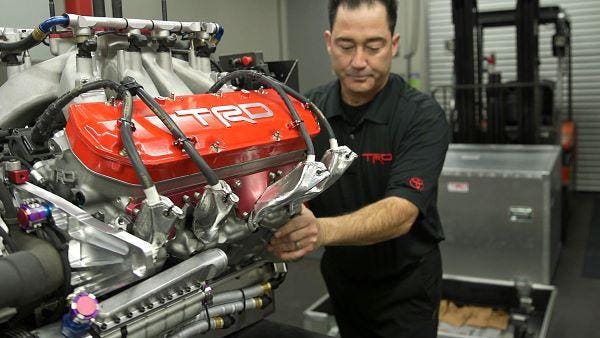