ABERDEEN PROVING GROUND, Md. (Sept. 30, 2020) – Army Futures Command (AFC) is supporting the Army’s efforts to ensure its own technology can operate seamlessly with the technology of its international allied partners on future battlefields out as far as 2035.During a recent virtual network workshop, the Command, Control, Communications, […]

ABERDEEN PROVING GROUND, Md. (Sept. 30, 2020) – Army Futures Command (AFC) is supporting the Army’s efforts to ensure its own technology can operate seamlessly with the technology of its international allied partners on future battlefields out as far as 2035.During a recent virtual network workshop, the Command, Control, Communications, Computers, Cyber, Intelligence, Surveillance and Reconnaissance (C5ISR) Center – a component of AFC’s Combat Capabilities Development Command – along with attendees from across the Army and the U.K. Ministry of Defence, collaborated on their respective science and technology capabilities to find potential areas to build interoperability into their systems from the onset.The workshop series is an effort to refocus the long-term U.S.-U.K. relationship in support of a recent Memorandum of Agreement (MOA) signed between the U.S. Secretary of the Army and the U.K. Minister of Defence. The MOA, which emphasizes increased U.S.-U.K. technical interoperability as well as joint designs for systems that emphasize multi-domain operations in which both countries participate, outlines the Secretary of the Army’s vision for the agreement, which involves developing a deliberate bilateral modernization plan across a portfolio of modernization activities.The areas of modernization specifically targeted by the two countries are Networks, Long-Range Precision Fires, Future Vertical Lift, Soldier Lethality and Precision Navigation and Timing. The workshops serve as forums allowing participants to collaborate on the timeline horizons and the governance framework in moving forth with creating interoperable systems.“To solve interoperability problems, we need to start at the beginning,” said Stephen Conley, chief of the C5ISR acquisition and international programs. “If we want to truly be interoperable during the fight, then the work, the planning, the discovery and delivery has to begin in our science and technology labs. In this case, with our U.S. and U.K. professionals talking, working and learning together.”Army and U.K. science and technology professionals discussed systems and explored systems development timelines; determined if corresponding technologies follow similar life cycle processes; and discussed potential science and technology and engineering challenges that might arise between the two countries’ technological approaches.This level of collaboration is unique, according to Conley, as most collaborative agreements involve specific information to be exchanged between countries. Instead, the MOA and corresponding workshop aligns efforts across the five broad science and technology categories, impacting multiple Army organizations, including the work done in the C5ISR Center.While many senior leaders emphasize fighting jointly and with allies, the workshop and MOA reflect a solid commitment to ensuring joint operations with the United Kingdom by putting actions behind words, according to Conley.“In light of the Army’s Modernization Strategy and the six Army modernization priorities, it is imperative we redouble our efforts to ensure interoperability on the future battlefield. We’ve always had a great relationship with the U.K.; this MOA provides emphasis and specific guidance on where we should focus first,” noted C5ISR Center Associate Director for Science, Technology and Engineering William Hoppe.The results of these modernization workshops will provide information to three upcoming Army senior leader-level meetings – the U.S.-U.K. General Officer Roundtable, the U.S.-U.K. Capabilities and Research Cooperation – Army, and the Army-to-Army Staff talks – and will assist the countries’ leadership in establishing joint interoperability timelines and guidance.For more information, contact the C5ISR Center Public Affairs Office: [email protected]———The C5ISR Center is the Army’s applied research and advanced technology development center for C5ISR capabilities. As the Army’s primary integrator of C5ISR technologies and systems, the center develops and matures capabilities that support all six Army modernization priorities, enabling information dominance and tactical overmatch for the joint warfighter.The C5ISR Center is an element of the U.S. Army Combat Capabilities Development Command. Through collaboration across the command’s core technical competencies, CCDC leads in the discovery, development and delivery of the technology-based capabilities required to make Soldiers more lethal to win our nation’s wars and come home safely. CCDC is a major subordinate command of the U.S. Army Futures Command.

Apple leadership reap up to $60M each in vested stock bonus 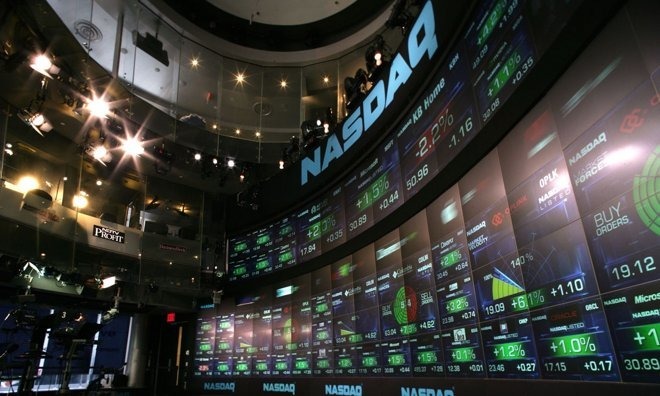