I’ve been using the new Ulefone Armor 9 Android 10 smartphone for a few weeks, and the more I use it, the more I like it. And the accessories make it even better. OK, so on the outside, the Armor 9 is a highly ruggedized smartphone that’s built from the […]

I’ve been using the new Ulefone Armor 9 Android 10 smartphone for a few weeks, and the more I use it, the more I like it.

And the accessories make it even better.

OK, so on the outside, the Armor 9 is a highly ruggedized smartphone that’s built from the ground up to take a battering, meeting a whole array of standards, including IP68, IP69K, and MIL-STD-810G, which means that it’s happy immersed in water at depths down to 1.5 meters for 30 minutes, exposure to high-pressure water jets and steam cleaning, drops from 1.2 meter heights, resists dust, shrugs off acids, and low pressures.

The 6.3-inch 2340 x 1080 FHD+ 410 PPI LCD multi-touch display with IPS technology is nice and big, and can be operated by gloves. The MediaTek Helios P90 octa-core processor is fast and keeps everything moving along nicely, and the 8GB LPDDR4x dual-channel RAM means there are no UI lags.

The Armor 9 has tons of storage (128GB), which means plenty of space for photos taken with the Samsung 64-megapixel Tetracell rear camera.

The power is supplied by an enormous 6600mAh lithium-ion polymer battery, which can be charged via the USB-C port.

Oh, and there’s that awesome FLIR Lepton thermal camera which is assisted by a 5-megapixel rear camera with a -10℃ – 400℃ range which is an amazing diagnostic tool for technicians.

Over the past few weeks, I’ve been using the Armor 9 extensively, and it has been flawless. If I was nit-picking, I’d say that it’s a shame that the Armor 9 does not have wireless charging (because opening the water- and dust-proofing flap on the handset is a bit awkward, especially if, like me, you have short fingernails).

But Ulefone has developed accessories for the Armor 9 that build on the platform.

The first is an endoscope/borescope that attaches directly to the side of the handset. The borescope features a 2-meter cable, and is rated to IP67. This is great for poking into areas where you can’t get your eyeballs into, and is a great tool for engineers.

I like the fact that the borescope attaches directly to a separate port on the Armor 9, rather than tying up the USB-C port, which is a nice touch.

There’s also a case. It adds a bit more protection to the smartphone, and also allows a belt clip or carabiner to be attached. It’s a handy accessory for situations where you might drop or lose the handset.

As much as I like my iPhone, the Ulefone Armor 9 is fast becoming my favorite smartphone when I need to venture into the outdoors or need to carry out diagnostics using the thermal camera and borescope.

Ulefone Armor 9 is an excellent Android 10 smartphone, and the accessories make it an even better platform for engineers.

Thu Oct 8 , 2020
Table of Contents0.1 Base Business Description1 A Transformation?1.1 The multiples were telling1.2 Valuation1.3 Conclusion I have written on Cryoport (NASDAQ:CYRX) before, highlighting the total lack of a moat in the base business. Since that report the company has made two acquisitions, in competitive deals, that show the multiple is massively […] 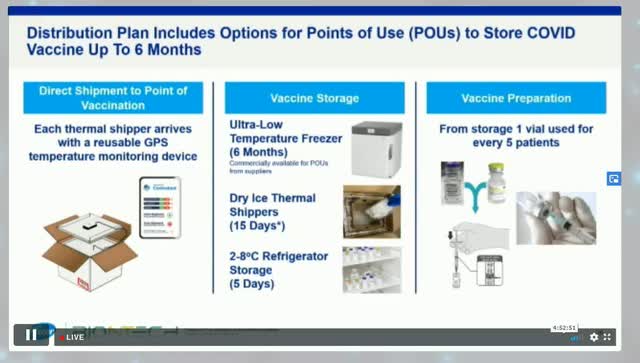