The QAnon conspiracy movement suffered a serious blow on Tuesday, when Facebook and Instagram removed hundreds of the movement’s largest pages, accounts, and groups.

The platforms said they would ban QAnon content, expanding a policy that had previously tolerated QAnon posts as long as they were non-violent.

However, the movement still has a home on one of the biggest online platforms: YouTube.

And the conspiracy movement will keep spreading online unless YouTube takes action to remove the videos and channels it hosts promoting the conspiracy, experts say.

The site has long been a hub for the movement, where believers promote their theories to tens of thousands of viewers on YouTube channels.

They are widely shared and discussed in private groups on social media, and with thousands of others on platforms like Twitter.

The movement, which claims President Donald Trump is secretly working to dismantle the cabal, has been tied to several violent crimes.

The FBI in a memo in 2017 described it as a potential domestic terror threat. Several Republican congressional candidates have openly embraced the conspiracy theory, and in controversial remarks at a press briefing in August Trump said he welcomed its support.


Cursory searches by Business Insider on Tuesday found it hosts hundreds of videos promoting the QAnon conspiracy theory, and that pro-QAnon channels have tens of thousands of subscribers.

A Pew Research study in September found that 5% of the 100 most viewed independent news channels on the site mentioned QAnon, while 2% were primarily focused on the conspiracy.

“YouTube has yet to take action against QAnon. YouTube Videos are central to QAnon as video is the most used medium to circulate QAnon content across digital ecosystems,” tweeted Marc Andre Argentino, a researcher at Canada’s Concordia University who specialises in online extremism.

“As long as QAnon content still has a home on YouTube, we will continue to see their content on all social media platforms, and there is not much Facebook can do about that. This will require a multi-platform effort.”

QAnon believers migrated to mainstream platforms like YouTube after the movement emerged on the messaging boards 4Chan and 8Chan in 2017.

They soon began making videos to explain and spread their beliefs and pore over clues and messages they believe are being leaked by government sources. (There is nothing to suggest any of these messages really come from within the government.)

YouTube has introduced measures in recent years to clamp down on videos promoting disinformation more broadly. In January 2019 it said it would limit the spread of videos “that could misinform users in harmful ways.”

But the site has been accused of taking a lax approach to fulfilling the pledge, as it seeks to maintain a balance between ensuring freedom of speech, and not allowing dangerous conspiracy theories to spread unchecked.

Its algorithms have been found to boost white nationalist and QAnon material in the past, giving users automatic suggestions to watch more and more extreme content.

In 2019 Business Insider found thousands of videos on the site pushing a type of toxic bleach as a cure for a raft of incurable illnesses that were surfacing as top results for searches on general health topics.

The site has committed to changing its algorithms to demote conspiracy theory videos and favor authentic news reports more visible. It has also removed advertisements on videos promoting anti-vaccination misinformation.

However experts at the University of Berkeley, California, in March found its efforts to prevent conspiracy theory videos being pushed to thousands had been a mixed success.

Wed Oct 7 , 2020
Andrew Bennett, a former graduate student in the lab of Tony Goldberg, UW-Madison Professor of Epidemiology in the School of Veterinary Medicine, holds a cyclops leaf-nosed bat during field work in Uganda’s Kibale National Park, in search of viruses carried by the animals. Bennett was part of an international team […] 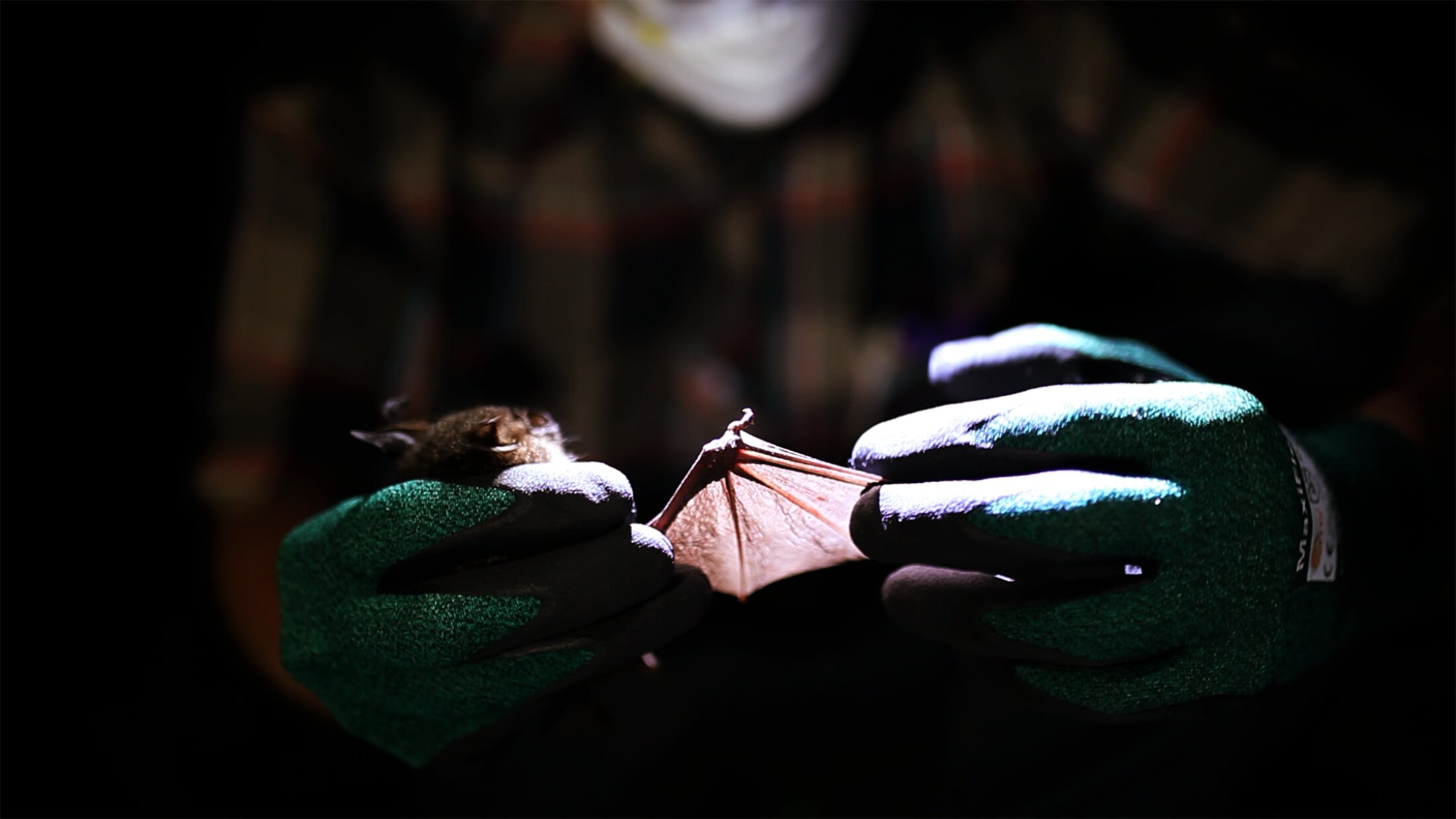